In the 1941 movie The Maltese Falcon, Sam Spade declared, "I don't mind a reasonable amount of trouble."  Neither did Jesse Winchester and he deemed those words a befitting title to his final opus.

Winchester was an American singer-songwriter and A Reasonable Amount of Trouble was the bookend to his discography that began in 1970 with his debut album simply titled, Jesse Winchester.  His professional career spanned five decades and his life radiates through his music.

Beginning with the lyrics of Payday, the first song on his first album, to Just So Much, the last song on his final album, Jesse Winchester shared his life journey.  His lyrics are honest and insightful.  As a young musician, he knew the struggle to earn a living and how good it felt on a big payday.  And in his final days he expressed so personally the coming to terms with mortality.

Life is too short for some folks, he once wrote and sadly it was for Jesse Winchester.  But the thoughtful, southern gentleman clearly enjoyed the riches of life and left behind a bounty of treasure for all to share. 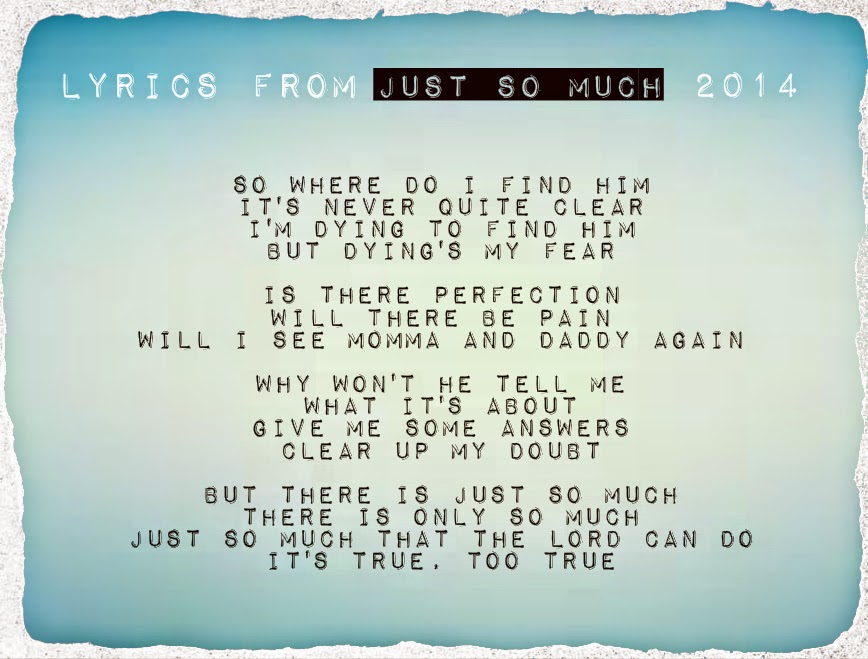 If you really need to reach me go to nineteen sixty three, playing guitar by the radio, anything in G.
From Ghosts, by Jesse Winchester

A Reasonable Amount of Trouble

Born in Louisiana in 1944, Winchester was a southern boy with deep southern roots. His family pedigree traces back to the confederate general, Robert E Lee and to Marcus Winchester, the first Mayor of Memphis. His grandfather was a southern lawyer and his father an Air Force Captain and veteran of World War II. He spent his most formative years in Memphis, during a time of historic musical and cultural change. 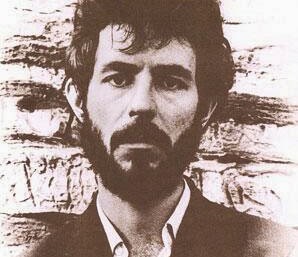 At age 22 Jesse Winchester's life took an abrupt turn. It was 1967 at the height of the war in Viet Nam when he received his draft notice for military service. That meant, in all probability, a tour of Viet Nam, something Winchester was against on principle. He was not a anti war activist and had no philosophical or political objections to war, in general, but he was opposed to the war in Vietnam.

He said of that time, “I was very young. .. I was so impulsive and … righteous, you know, like a lot of people are at that age. When you’re that age, there is no tomorrow. I was so mad about [Vietnam] back then; I could hardly talk about it." “I just didn’t feel that I was so right and anybody else was so wrong that I should pick up a gun and shoot him for it,” “And I was so offended by someone coming up to me and presuming to tell me who I should kill and what my life was worth that I didn’t even want to discuss it with them.”

Winchester had options in lieu of military service. He could have obtained a professional exemption like many did, or he could have come up with a health disability like others, but he made a more earnest and life altering choice - he struck a deal with himself to leave forever his Tennessee home, his southern roots and his country of birth.

It was an agonizing decision he recounted years later, “My poor grandfather, whom I loved and admired, was devastated. That still bothers me. He was a gentleman of the old school that believed you should do your patriotic duty." However, Jesse Winchester believed otherwise. "A person ought to do what he believes is right and shut up," he said. So he quietly bought a one way ticket to Montreal Canada.

He arrived in Montreal with $300 in his pocket and no friends in town. "Coming to Canada was the easy part." The hard part came later when you start trying to live your life in line with that decision. That’s when it gets complicated.” “When I first got to Canada I was completely treading water. I didn’t know which way was up. I was in a bad mood all the time.” He said of Montreal, "it is not the easiest place to earn a living singing English songs in a predominantly French city."

He was not alone in his move north as some 30,000 young American's made a similar journey. Most, like him, were pardoned in 1977 by President Jimmy Carter. Jesse Winchester always said that he respected those who served in Viet Nam. He told People Magazine, "The war was like a tornado coming through our lives. People who fought and got themselves shot up for the war believed they were right, and so did I. To me, it's more important how people live with the decisions they make."

A consequence of Jesse Winchester's controversial move north was that the shy, soft spoken southerner became perhaps America's most famous (so called) "draft dodger." Whenever his name was mentioned in the news it included that reference. For his action he was vilified, defamed and branded by the media until the day he died. Upon his death one newspaper still wouldn't let up. Their headline read; Jesse Winchester, Musician and Draft-Dodger, Dead at 69.

Ironically, Jesse Winchester, who's career began as an American living in Canada, ended as a Canadian living in America. He followed his convictions north, never believing he would return. In the end though, love brought him back to America. “I came back to the states because I fell in love with Cindy (Duffy),” he told a reporter. "She lived in Memphis and I couldn’t bring myself to ask her to move to Quebec and learn French." The couple married in 2002 and settled in Charlottesville, Virginia.

Jesse Winchester died in 2014 after a battle with cancer. Upon his death, the New York Times headline described him aptly and succinctly; "Jesse Winchester, Writer and Singer of Thoughtful Songs. I hope that he is also remembered as a courageous man who didn't mind a reasonable amount of trouble.

Jesse Winchester's musical style is a southern mash of folk, blues and country. His dulcet voice is smooth and soulful and his melodies comforting. He recorded ten studio albums, but is best known for his songwriting and his ability to say a lot with few words. " I don’t like a lotta words; the fewer the better, the simpler the better... in everything", he told Rolling Stone Magazine.

When he released his first album in 1970 he was three years into living the life of a struggling musician. He played in bands, toured and did some solo gigs. He loathed the grind of touring and so eloquently expressed his feelings in the song A Showman's Life.

Instead of touring, Winchester honed his skill as a songwriter.  He considered himself more of an editor than a writer and worked hard at his craft.  His years of self exile provided focus and perspective.  His songs paint pictures and tell stories grounded in emotion.  Clearly, the feelings expressed are those he experienced.

His efforts paid off as he made a respectable living selling his music to showmen. His songs were recorded by varied artists ranging from Ralph Stanley to the Everly Brothers, Joan Baez, Jimmy Buffett and the Weather Girls. In 1987 Michael Martin Murphey's cover of his song I'm Going to Miss You Girl reached #3 on the country charts. Bob Dylan said of Jesse Winchester, "You can't talk about the best songwriters and not include him." In 2007 he received a Lifetime Achievement Award from ASCAP, the American Society of Composers, Authors and Publishers.

Doo Wop and the Rhumba Man

In the latter years of his career two memorable  events stand out that provided Jesse Winchester some well deserved recognition.  Video recordings memorialize these tributes to his legacy.

First, in 2009, he performed on the television series Spectacle, broadcast on the Sundance Channel. This musical-interview program, hosted by Elvis Costello, showcased the talents of singers and songwriters. Jesse Winchester's heartfelt performance of his song Sham A Ling Dong Ding drew an emotional response from those in attendance including a tear from singer-songwriter Nico Case, who was on stage seated next to him.
In the Summer of 2010 Winchester was invited to perform with Jimmy Buffett in Gulf Shores, Alabama. The beach side concert was organized to promote tourism to the Gulf Coast that was recovering from the devastation caused by the BP oil spill.  The concert was broadcast live over Country Music Television and tens of thousands of people had the  opportunity to see the Rhumba Man perform.

Jesse Winchester and Me

It was early December 2014 when I learned the news.  By happenstance, Google informed me that Jesse Winchester died in April.  I had no idea.  Oddly, I felt an emotional loss, even though I never met the man.  It hit me hard, for some reason.

Jesse Winchester first caught my attention when I was in high school.  I remember hearing a quirky song on WEBN radio called Third Rate Romance.  He was the first to record that song which became a hit in 1975 for the group The Amazing Rhythm Aces.  A few years later, I became a Jesse Winchester fan when I bought his album Nothing But A Breeze.  I wore that record out.  Technology and mp3 audio files helped me reconnect with Jesse in the 1990's.  Over time, I created a playlist of Jesse Winchester songs.  To this day, I enjoy listening to them.

My appreciation for Jesse Winchester increased when I saw him in concert in 2002.  He played a show at the campus of Miami University in Hamilton, Ohio.  I recall his personable style, wit and dry sense of humor.  He struck me as a genuine, kind and thoughtful person.  His live voice was ever so soothing and melodic.  It was an enjoyable concert experience and I looked forward to seeing him again. I bookmarked his website and periodically checked-in to watch for his return to Southern Ohio.

In 2011 I learned of his battle with esophageal cancer. After treatment and surgery he was pronounced cancer free and began touring once again.  Unfortunately, it all ended so quickly when he was diagnosed with bladder cancer in 2014.  A Google search of 'bladder cancer' was how I learned of his  demise. 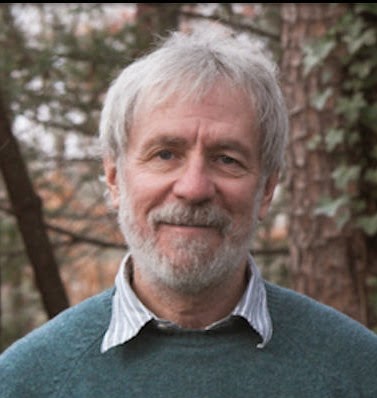 My life has been enriched by the music of Jesse Winchester.  Songs like Mississippi You're On My Mind, Biloxi and Yankee Lady set such idyllic scenes. And Rumba Man and Say What always give me a lift.  Thinking about it, I knew Jesse Winchester rather well through his music. It turns out the man I know is the same person as described by Jesse's friends and associates; a kind southern gentleman and a thoughtful human being.  My connection with Jesse was stronger than I realized and I suppose my feeling of loss stems from the feeling that a part of my life passed with him.  Moreover, I think his death brought to the forefront my mortality.

I will continue to enjoy Jesse's music and will treasure his songs like old photographs.
David Wittkamp


As soon as you learn that you don't live forever, you'll grow fond of the fruit of the vine.  So here is to you, and here is to me and here is to the ones we've left behind.
From Little Glass of Wine, By Jesse Winchester
No comments: 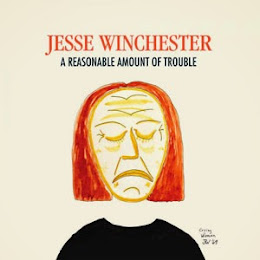 I wave bye bye I pray God speed
I wish lovely weather More luck than you need
You'll only sail in circles So there's no need to cry No, I'll see you again one day And then I waved bye bye

I wave bye bye I pray God speed
I wish lovely weather And all the luck that you need You'll only sail in circles So there's no need to cry No, I'll see you again one day And then I waved bye bye